The 2016 Survey of California Registered Nurses is the tenth in a series of surveys designed to describe the population of registered nurses (RNs) licensed in California and to examine changes in this population over time. Other studies were completed in 1990, 1993, 1997, and every two years since 2004. The 2016 survey was mailed to 8,000 RNs with active California licenses and addresses in the United States. The survey response rate was 53.5 percent, yielding information for about 4,178 nurses.

Below are some highlights from the survey results: 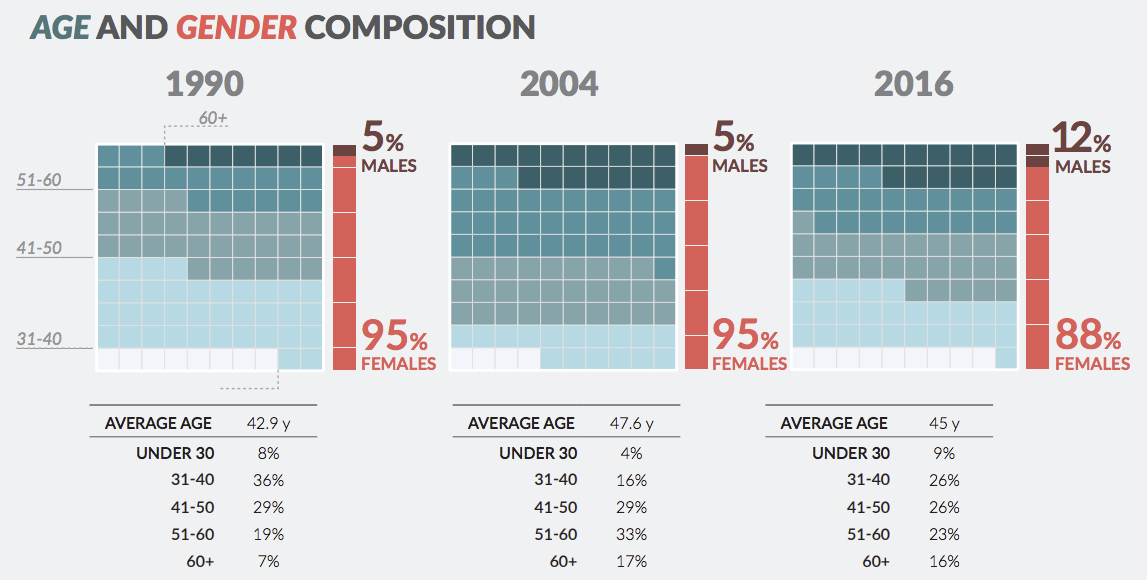