This study of California nurse practitioners (NPs) and certified nurse-midwives (CNMs) was conducted in early 2017. In November 2016, there were 20,337 NPs living in California, of whom 569 also were CNMs (“dual certified”). Another 582 people had CNM-only certification. Surveys were mailed to 2,500 NPs and CNMs, and the response rate was 64% of the eligible population, producing data from 1,588 NPs and CNMs. All analyses were weighted to ensure the results represent the total population of NPs and CNMs with California licenses. 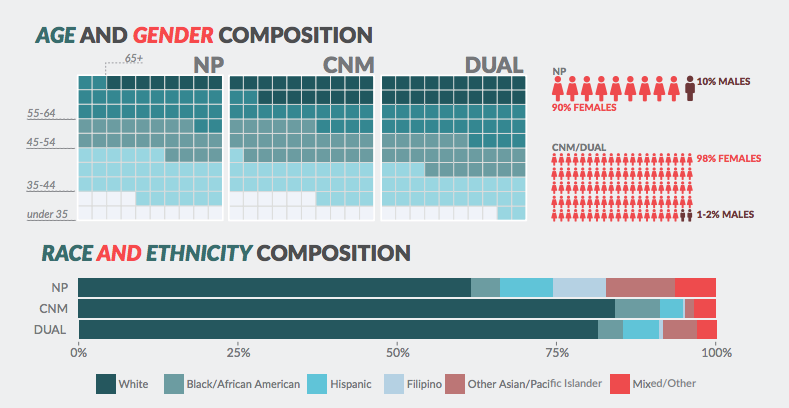