Enrollment in Medi-Cal, California's Medicaid program, surged with the implementation of the Affordable Care Act (ACA), from 8.6 million in September 2013 to 13.4 million three years later. Medi-Cal now covers nearly one in three Californians. These Medi-Cal enrollees benefit from no- or low-cost coverage for a wide array of physical health, mental health, and long-term care services, when needed. They also benefit from many legal and other protections not available to uninsured patients, including federal "equal access" standards for Medicaid and, for those enrolled in managed care, network adequacy requirements. For some of these protections to work, an adequate number of physicians must serve Medi-Cal enrollees. Physician Participation in Medi-Cal: Is Supply Meeting Demand? summarizes a study conducted by the University of California, San Francisco, that evaluated physician participation in Medi-Cal between 2013 and 2015. 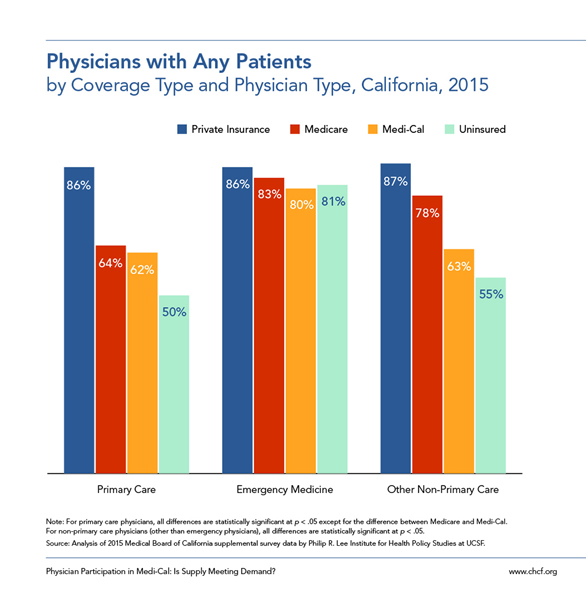 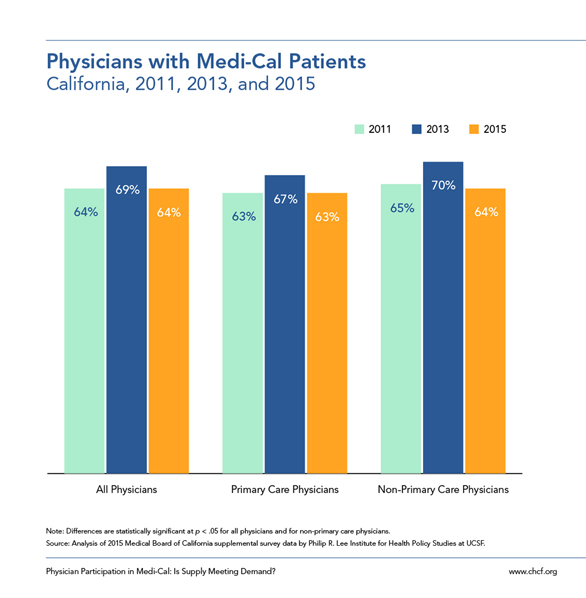