Proposition 209 prohibits the use of affirmative action – the practice of considering an individuals’ race, sex, color, ethnicity or national origin – in public education, employment and contracting. This brief expands on previous studies that analyzed the impact of Proposition 209 on the racial/ethnic diversity of applicants and matriculants to California medical schools. While there has some been some recovery of losses in Latinx and Black/African American matriculants over the last 30 years, progress has been limited. The authors offer several recommendations from the California Future Health Workforce Commission for key investments to increase racial/ethnic diversity in California medical schools, which will yield a greater number of physicians who represent the state’s diverse population and will enable California to achieve greater health equity for all. Key findings from this brief: 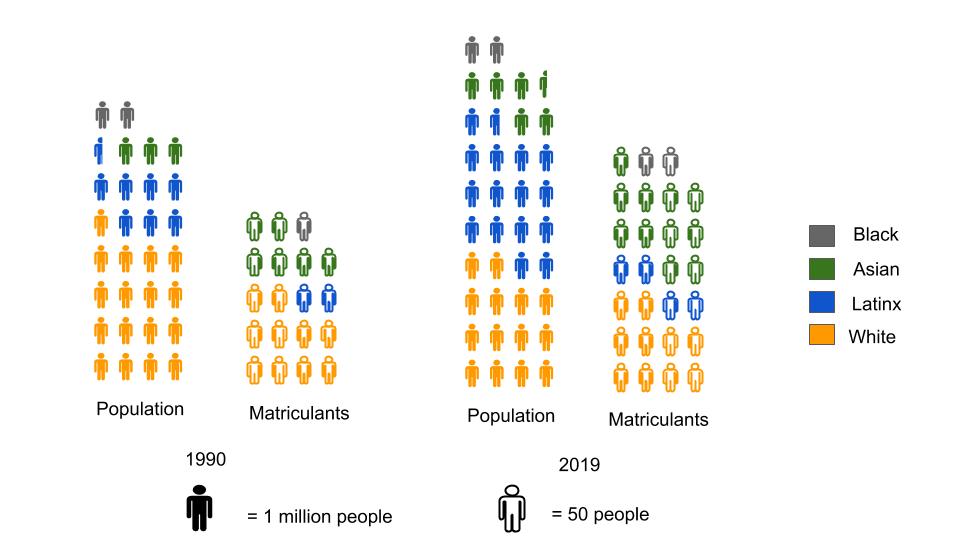