Addiction treatment could have saved Prince and others

By Joanne Spetz, PhD, Associate Director of Research, Healthforce Center at UCSF The death of Prince last month, at age 57, surprised the world. The outpouring of sadness at the loss of an iconic and gifted musician – whose music is part of the soundtrack of my own high school years – was expected. But the details of his death, and what appears to be a long struggle with prescription pain medication, have been unexpected. It has been reported that Prince sought treatment from an addiction specialist in California who combined therapy with buprenorphine, a drug that has been proven highly effective in reducing the risk of opioid addiction relapse, shortly before he died. If Prince had received effective treatment sooner, could his death have been prevented? What about the nearly 19,000 people who died from prescription drug overdose in 2014? Or the thousands more who will die this year? As details trickle to the public, Prince’s story resonates with many, including other celebrities who are now speaking about their experiences with prescription pain medications, such as Jamie Lee Curtis. I, along with many friends and colleagues, have watched loved ones and friends suffer through opiate addiction. Though opiate pain medications are effective in helping patients manage acute and chronic pain related to surgeries, degenerative bone problems, cancer and more, they are highly addictive. When used as prescribed, which includes stopping use when pain subsides enough to switch to plain ibuprofen or acetaminophen, there should be no reason to worry about opiate pain medications. But, our bodies become physically accustomed to them over time, and it can become difficult to stop taking them. In larger doses, these medications cause euphoria, and this high becomes something users crave – even if they did not initially use the drugs for that purpose. Scientists have found that opiates change the brain’s physiology – neuroreceptors in the brain change and become dependent on and crave opiates. These effects are, in essence, a brain disease. Recovery from opioid addiction has historically offered two paths: traditional abstinence-based programs, many derived from the 12-step model of Alcoholics Anonymous, and medication-assisted treatment, with methadone being the best-known option. Methadone is very effective in helping people recover from the use of heroin and prescribed opiates, but its use has to be monitored daily because it can be abused (it is an opiate as well). There has been an alternative available since 2002 – buprenorphine. This medication attaches to the brain’s opiate receptors, reducing cravings for opiates, but has a “ceiling effect” so it can’t produce a high in the way methadone or other opiates can. Even better, buprenorphine can be prescribed and taken at home. It supports therapy that helps to return brain chemistry to its normal state. In other words, buprenorphine treats one of the underlying causes of the disease of opiate addiction and, by reducing the cravings and symptoms of addiction, enables patients to actively engage in therapy to overcome their addiction. This was the exact treatment Prince allegedly sought before he died. Even though buprenorphine has a proven track record, many people cannot access it. The regulations on buprenorphine prescribing are far more restrictive than any restrictions on opiate painkiller prescribing. In order for a physician to prescribe buprenorphine, they need to complete an eight-hour course and apply for a special waiver. For the first year, the physician can treat no more than 30 patients at one time, and then can treat no more than 100 patients at a time thereafter. These limitations create needless barriers to life-saving medication-assisted treatment for thousands of people. The immediate past president of the American Society of Addiction Medicine has said it would be quite easy for a trained provider to manage a panel of 300 to 500 patients on buprenorphine. On March 29, President Obama proposed to raise the limit to 200 patients, which would be a step in the right direction. The much-needed TREAT Act (H.R.2536) would allow NPs and PAs to prescribe as well. The expansion of prescribing authority for buprenorphine to NPs and PAs is long overdue. In many areas – especially rural communities – the only primary care provider is an NP or PA, and some NPs are specifically certified in psychiatric and mental health care. NPs and PAs also play important roles in community health centers, expanding access to care to millions of Americans. It’s time to engage policymakers and health professionals in expanding access to medication-assisted treatment, so that even those without the resources of a world-famous musician can get the care they need. In the words of Prince, let’s not leave the two million other Americans who struggle with opioid addiction “alone in a world so cold” to fend for themselves – let’s provide people with the care they need. 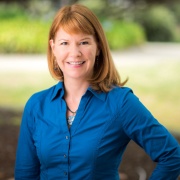 Dr. Joanne Spetz, PhD is the associate director of research at Healthforce Center at UCSF. In addition, Dr. Spetz is a professor at the Philip R. Lee Institute for Health Policy Studies, Department of Family and Community Medicine, and the School of Nursing at UCSF. Dr. Spetz’s research focuses on the economics of the health care workforce.

September 21, 2020
Innovations, Failures, and Leadership Lessons During the COVID-19 Pandemic
June 24, 2020
Leading Beyond the Crisis: What Leaders Should Know
June 4, 2020
The Equitable Future We Need
May 28, 2020
Addressing the Opioid Epidemic Amidst the COVID-19 Pandemic